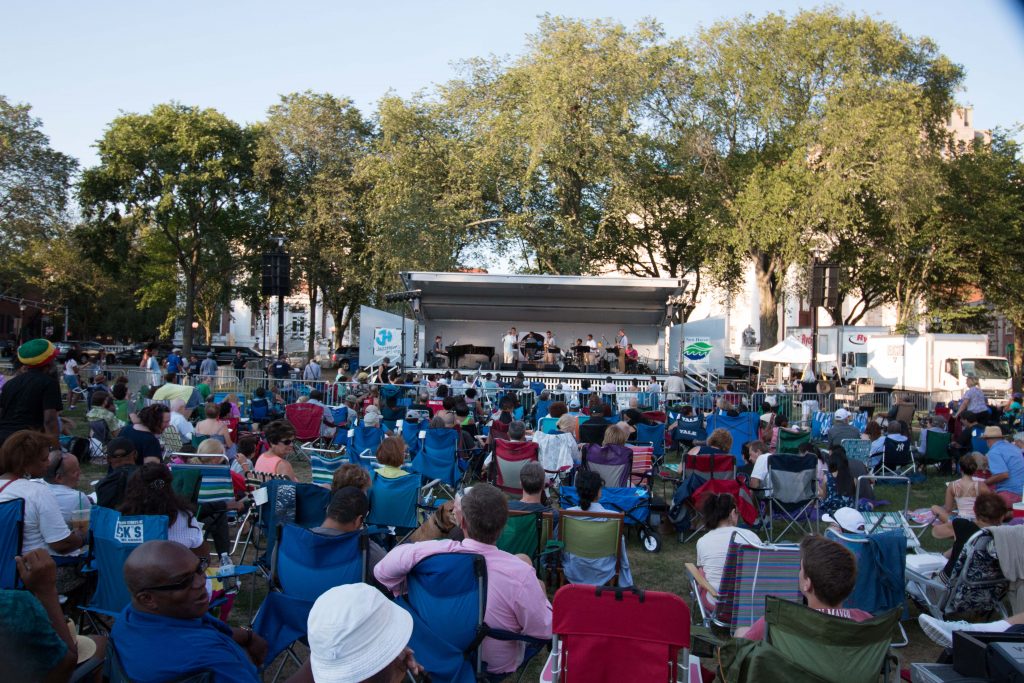 For nine years, from 2008 through 2016, Jazz Haven produced the New Haven Jazz Festival in cooperation with the City of New Haven and its sponsors.   Every August, for nine years, folks were treated to a delightful evening of jazz for free right on the New Haven Green.   Yes the Green was the showcase and the people came out, with their lawn chairs, blankets and families in tow.

The musicians were often internationally famous “stars” in the world of jazz, but many others had their roots right here in New Haven.   In fact each festival began by showcasing our youth performers, including children who played their instruments or simply recited jazz poetry to the assembled crowds.

We believe that all jazz is local and that educating people about the culture of jazz is an important part of our mission.   For the past six years, from 2011 through 2016 Jazz Haven successfully extended the concept of a festival to provide a week to ten days of live jazz in New Haven’s restaurants, clubs, bars and venues.