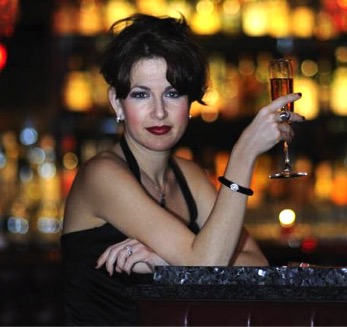 Award-winning jazz vocalist Alexis Cole may be the most talented singer to ever hold a top secret military clearance. A dozen albums into her critically acclaimed career, she may also be the best-kept secret in jazz, a status that’s certain to change as more people are discovering her for themselves.

The year 2009 was a big one for Alexis: She released her first albums on both Motéma Music and Venus Records…and went to Basic Training to prepare for her new job as a jazz singer for the US Army. During her seven years in the Army’s Big Band, Cole had the opportunity to grow as a musician and a person, sharing the stage with ensembles as diverse as the New York Philharmonic and Kool and the Gang. Alexis continued recording throughout her tour of duty, releasing a string of well-received albums, including four titles for Venus, two for Motema, and two on Chesky Records.

She proved her versatility on everything from jazz standards to Paul Simon’s lesser known compositions, to Disney love songs to a project on which she teamed up with a fellow serviceman 50 years her senior, the legendary guitarist Bucky Pizzarelli. Alexis has blossomed since leaving the service in 2016, trading her uniforms and fatigues for sleek cocktail dresses and chic hats, and focusing fully on her art. The singer’s career has taken on exciting new momentum, with recent accomplishments including gigs at celebrated venues like The Carlyle, Carnegie Hall, Birdland, Jazz at Lincoln Center, and the Blue Note; and performances as a soloist with prominent orchestras such as the Boston Pops and the Detroit Symphony. Emmy Awards in Hollywood, California and Boston’s Symphony Hall.