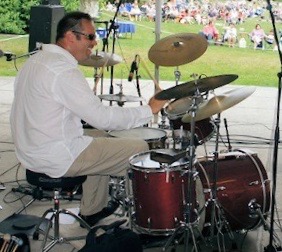 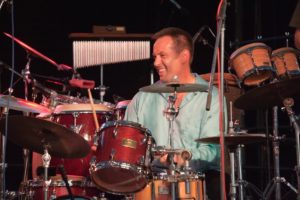 Ed Fast and Congabop combine the harmony and sensibilities of hard-bop with the rhythms of the Caribbean to produce an original and vibrant sound that is latin and jazz. Drummer / Vibist / Composer Ed Fast leads this octet through an exciting array of his own soulful originals as well as latin jazz classics by legendary artists such as Cal Tjader, Tito Puente and Hilton Ruiz. The group has been featured at every major jazz venue in the region including Hartford, New Haven, Sprinfield, Branford Jazz festivals, HJS Boat cruise and more. Ed Fast and Congabop have shared the stage with Latin Jazz lumanaries Arturo Sandoval, Dave Valentin, Andy Gonzalez, and Bill Fitch.

Two highly acclaimed recordings feature artists that include Steve Davis, the Curtis Brothers, Larry Coryell and Bill Fitch. A live performance exudes high energy and positive vibes as the band grooves its way through a multitude of latin rhythms including rumba, cha cha cha, son, and Afro-Cuban 6/8. Enjoy the unique voice of Congabop, a band with a Caribbean heart and hard-bop soul.

SEE THE YOU TUBE VIDEO