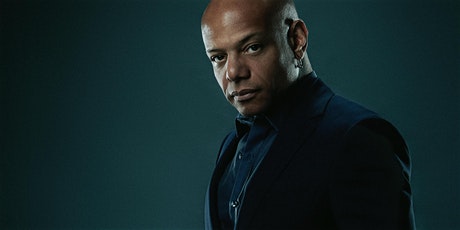 Mark Whitfield graduated from Boston’s prestigious Berklee College of Music, the world’s foremost institution for the study of Jazz and modern American music in the spring of 1987. Shortly thereafter, he returned to his to his native New York to embark on a career as a Jazz Guitarist that afforded him the opportunity to collaborate with
legendary artists including Dizzy Gillespie, Art Blakey, Quincy Jones, Ray Charles, Herbie Hancock, Carmen McRae, Gladys Knight, Burt Bacharach, Jimmy Smith, Clark Terry, Shirley Horn, Wynton Marsalis, Branford Marsalis, Joe Williams, Stanley Turrentine and his greatest teacher and mentor George Benson.

In 1990 the New York Times dubbed Whitfield “The Best Young Guitarist in the Business”. Later that year, Warner Bros. released his debut album “The Marksman”. The success of his debut release led to a recording career that has produced a total of 14 solo recordings and a myriad of collaborative efforts with some of the most important artists in recent years; Sting, Steven Tyler, D’Angelo, Mary J. Blige, John Mayer, Chaka Khan, Jill Scott, Diana Krall, Christian McBride, Chris Botti, Roy Hargrove and Nicholas Payton.

Along the way the “Whitfield Family Band” was born, literally. In 1994 The Mark Whitfield Quartet appeared on the Thanksgiving Day broadcast of Good Morning America. This performance featured a very special guest drummer, 4 year old Mark Whitfield Jr. It was obvious even then that he was destined for greatness. Following in
his father’s footsteps he attended the Berklee College of Music and graduated in 2011 with honors. He went on to study for his Masters Degree at the Manhattan School of Music while simultaneously embarking on a career as a drummer extraordinaire. He has quickly earned a reputation as one of the best young drummers in Jazz and was nominated for a Grammy in 2014 as part of the ensemble featured on Kenny Garrett’s 2013 release “Pushing the World Away”. Not to be outdone by his older brother, Davis Whitfield, a prodigious pianist, earned a Presidential Scholarship and graduated from the Berklee College of Music with honors in 2014.

In February of 2017 the “Whitfield Family Band” released its debut recording, “Grace”, to rave reviews. We just recorded the music we had been playing together since they were little boys. We had some help, bassist extraordinaire, Yasushi Nakamura and the co-writer and singer of the title song, our cousin Sy Smith. “Grace”
spent almost 3 months in the top 10 on the jazz radio charts and we’re still receiving rave reviews around the world. In September 2017, Chesky Records released a live recording I made for them earlier in the year in the trio format featuring Billy Drummond on drums and Ben Allison on bass. This recording was equally well received at jazz radio and by the jazz press.