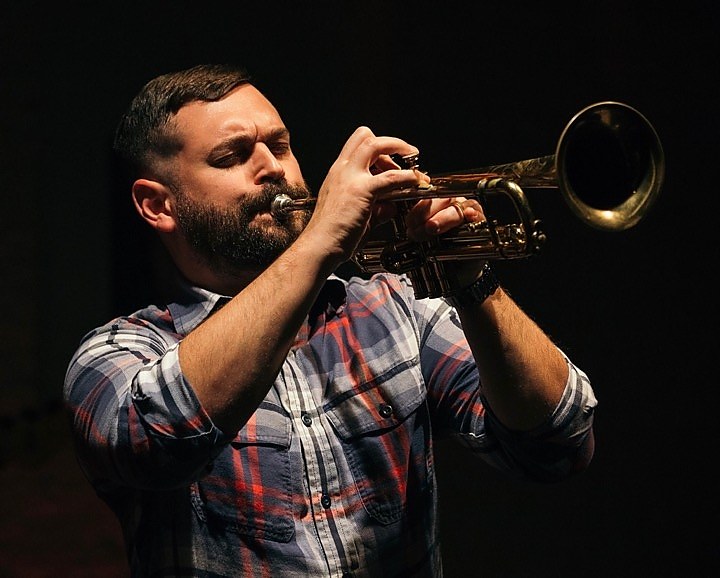 Nick Di Maria is trumpeter, composer, podcaster, activist and educator based in New Haven, CT. A graduate of Western Connecticut State University, Nick holds a Bachelor’s Degree in Jazz Performance. He began playing music at age 9 and over the years has played in multiple genres from jazz to reggae to classical to punk. In 2001 Nick joined the CT Ska/Punk scene playing with the band, The Flaming Tsunamis. For 5 years Nick was an integral member of the 6 piece band, touring with, and co-writing some of the band’s most famous tunes.

Nick is also Director of the Outer Space Jazz Series, a local, weekly jazz showcase at the Outer Space club in Hamden, CT. He has worked with musicians of the highest caliber. In the 2012-2013 season Jeremy Pelt, Wayne Escoffery, Peter Bernstein, and Jimmy Greene have performed at the series. Nick also directed the now annual O.S. Jazz Festival.