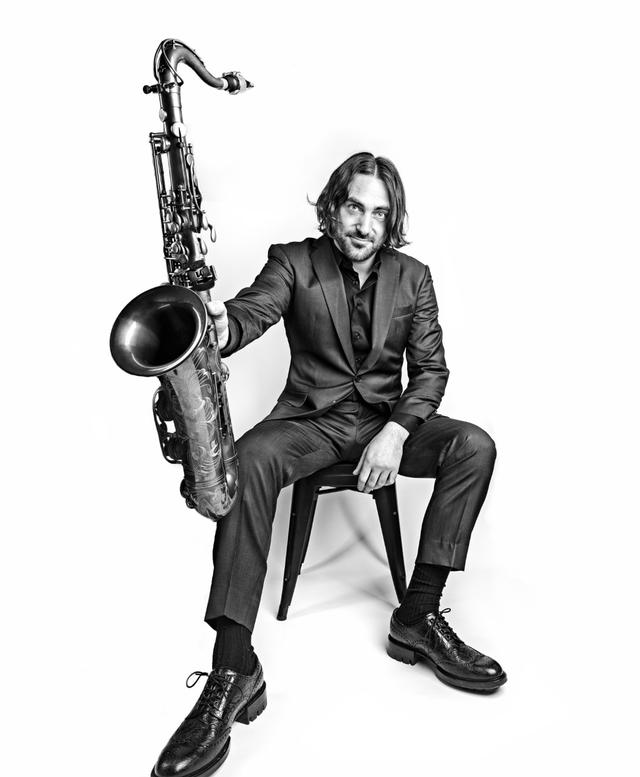 Of Brooklyn-based saxophonist Noah Preminger, The New York Times declares: “Mr. Preminger designs a different kind of sound for each note, an individual destiny and story.”

Born in 1986, Preminger grew up in Canton, Connecticut. Preminger released his debut album, Dry Bridge Road, just after his 21st birthday and was named Debut of the Year in the Village Voice Critics Poll. Preminger’s second and third albums as a leader came in 2011 and 2013 while signed to the Palmetto Records label. The Boston Globe hails Preminger as “A master with standards and ballads, as well as an adventurous composer.” The saxophonist has performed on key stages from the United States to Europe and Asia to Australia, and he has played and/or recorded with the likes of Jason Moran, Dave Holland, John Patitucci, Fred Hersch, Dave Douglas, Billy Hart, Rob Garcia, Joe Lovano, Victor Lewis, John and Bucky Pizzarelli, Cecil McBee, George Cables, and Roscoe Mitchell. Preminger is currently on faculty at Longy School of Music of Bard College and The New School.