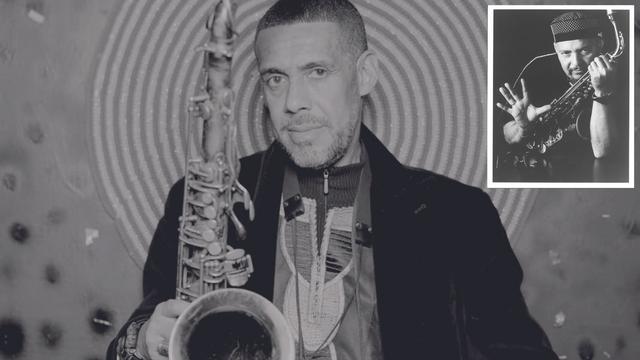 Rene is a professor of African American music on the faculty of the Jackie McLean Institute at the Hart School, University of Hartford, and Master Artist in Residence at the Artist Collective. He maintains an active international performance, and recording career and has performed, recorded, and collaborated with numerous artists such as Jackie McLean, Woody Shaw, Hugh Masekela, Tito Puente; Amiri Baraka; Yusef Lateef, Miriam Makeba; Curtis Fuller, Dr. Billy Taylor, and Baba Olatunji to name a few.

McLean’s music is influenced by many world music genres, including Eastern and African traditions. Music of the Spirit will take you on a tour de force of original music through Bebop and beyond fused with an eclectic mix masala of Afro-Asiatic rhythms and traditions from New York to the Cape to Cairo.

About Jackie McLean: The Late, great Jackie McLean, known in the jazz community as “Jackie Mac” or “J Mac”, was a stalwart, enduring force in jazz since the early 1950s, and a distinguished educator since 1968. Long the possessor of one of the most recognizable alto saxophone sounds and styles, he explored the cutting edge of jazz creativity.

McLean grew up in a musical family: his father was a guitarist for bandleader Tiny Bradshaw and his stepfather owned a record store. By age 15, he chose the alto saxophone as his instrument. Jackie’s earliest studies came through the tutelage of Foots Thomas, Cecil Scott, Joe Napoleon, and Andy Brown in his native New York. Another of his informal teachers was piano master Bud Powell. McLean’s most significant early band affiliation came during the years 1948-49, when he joined a Harlem neighborhood band led by tenor saxophonist Sonny Rollins and including pianist Kenny Drew. McLean’s stints with the Miles Davis band, between 1949-53, yielded his first recording sessions as a sideman and marked the beginning of what became known as hard bop, an advanced progression on bebop.

During McLean’s busiest period as a sideman in the 1950s, he worked with pianist George Wallington, drummer Art Blakey‘s Jazz Messengers, and bassist Charles Mingus. McLean’s first recording as a leader came in 1955, when he cut a quintet date for the Ad Lib label. His intense playing has fit in well with both hard bop and the avant-garde, two schools of jazz in which McLean has experimented.

Throughout the 1960s, McLean continued to work with his own bands and occasional all-star aggregations, but also became more interested in social issues. In 1959-60 he acted in the off-Broadway play The Connection, a cautionary tale dealing with jazz and the perils of drug abuse, which evolved into a 1961 film. In 1967 he took his music into prisons, working as a music instructor and counselor. Then in 1968, he moved to Hartford, Connecticut, to take a teaching position at Hartt College of Music of the University of Hartford. It was in Hartford that McLean and his wife Dollie founded the Artists Collective, a widely hailed combination community center/fine arts school, primarily aimed at troubled youth. The Artists Collective opened a beautiful new building in 1999 following years of residence in a former schoolhouse in one of Hartford’s most disadvantaged neighborhoods.