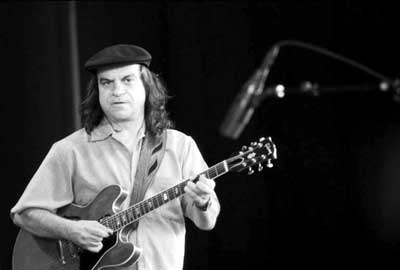 Tony Purrone is a world class Jazz guitar player, who, over the years, has appeared with many of the top names in the Who’s Who of Jazz. Who could forget his memorable 21 years with Jimmy Heath, or claim not to have heard of these equally legendary “Greats”, all of whom he’s jammed with on many a notable occasion… Dizzy Gillespie, Frank Foster & The Count Basie Band, Freddie Hubbard, Paquito D’Rivera, Pepper Adams, Gerry Mulligan, Randy Brecker, Dave Leibman, Kenny Garrett, Grover Washington, Lenny White, and many more!

“One of the world’s greatest guitarists…” ~ Jimmy Heath