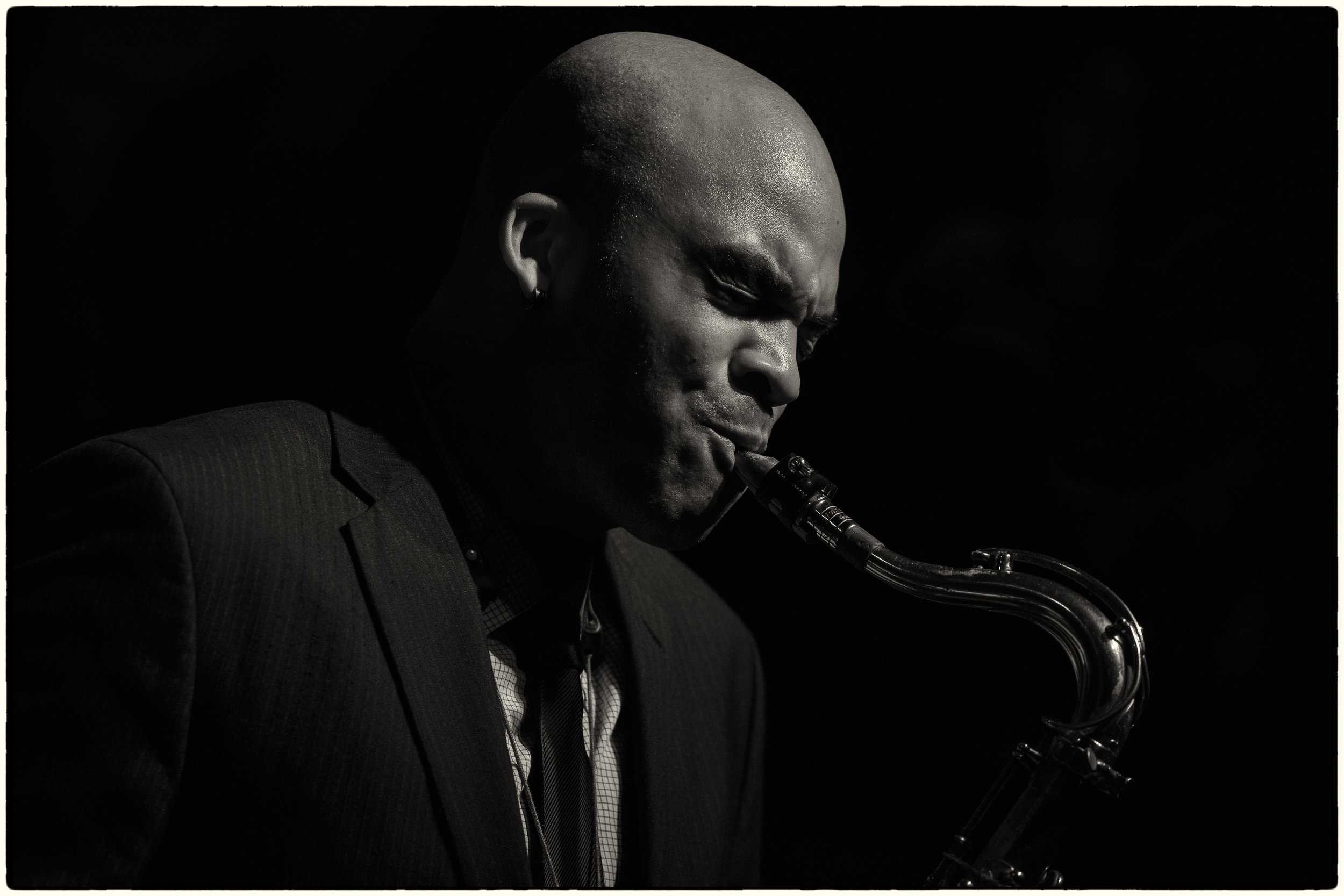 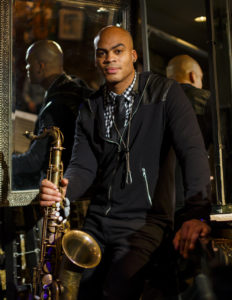 Downbeat Critics Poll Winner and Grammy Award winning tenor saxophonist Wayne Escoffery is one of the Jazz world’s most talented rising stars and in-demand sidemen. He has been mostly associated with The Mingus Big Band and with trumpet master Tom Harrell after securing one of the most coveted gigs in jazz: a frontline position in Harrell’s working quintet in 2006. For the past decade Escoffery has toured the globe with the trumpeter, recorded seven CDs with The Tom Harrell Quintet and co-produced four of those releases. He has been a member of The Mingus Dynasty, Big Band and Orchestra since 2000 and has made several recordings with the group. Over the years he has recorded and performed internationally with a who’s who in Jazz including Ron Carter, Ben Riley, Abdulah Ibrahim, Eric Reed, Carl Allen, Al Foster, Billy Hart, Eddie Henderson, Rufus Reid, Wallace Roney and Herbie Hancock  to name a few. Escoffery leads his own groups which tour internationally and has made several highly acclaimed studio recordings with said groups. His current working quartet features pianist David Kikoski, bassist Ugonna Okegwo and drummer Ralph  Peterson and has a release on the Smalls Live Record label as well as a new release scheduled for October 2017 on Sunnyside Records.

Escoffery is also a founding member of a collaborative group called Black Art Jazz Collective which is comprised of fellow rising star musicians of his generation and is dedicated to celebrating African American Icons through originally composed music while being a positive role-model for young African – Americans and young musicians of all ethnicities worldwide. The group’s most recent recording Black Art Jazz Collective Presented By The Side Door Jazz Club in Old Lyme received 4.5 stars in the October, 2016 issue of Downbeat Magazine.

In addition to performing, Escoffery is dedicated to music education and presents lectures and masterclasses on Jazz music. He is currently the saxophone instructor for The New Jersey Performing Arts Wells Fargo Jazz for Teens program and in the Fall of 2016 was appointed Lecturer of Jazz Improvisation and ensemble coach at the Yale School of Music as a part of Yale Universitiy’s new Jazz Initiative, the first of its kind for the University. The vast array of contributions Wayne Escoffery has made to the Jazz world in such a short time leads seasoned industry professionals like Niel Tesser to write “ Pay special attention to tenor man Wayne Escoffery whose rapid development – from album to album (and seemingly solo to solo) – has given us a jazz hero for the coming decade.