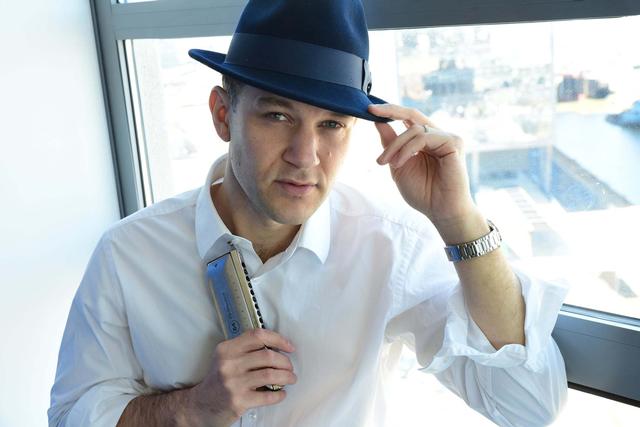 “Yvonnick Prene is skilled and talented without a doubt but there is a depth to him that calls to the depths within the listener. It is no wonder that he is in such demand.” JazzTimes

“The most beautiful music I have ever heard on harmonica.” Lee Konitz

“This guy is phenomenal … What a ‘voice.’ .” Benny Golson

“A rising star” Dan Bilansky, All About Jazz

Yvonnick was already playing the harmonica professionally at the age of 17, in Parisian club scenes. He later earned a master’s degree in music at the Sorbonne University in Paris, in 2011 and while still enrolled, he moved to New-York City to receive multiple full-tuition scholarships at the City College of New York, Columbia University and at The New School for Jazz and Contemporary Music.

Ever since moving to New-York City from his hometown Paris, France, composer and educator Yvonnick Prene has fast become one of the rising stars in the harmonica world. He has recorded with top Jazz artists like Pasquale Grasso, Peter Bernstein, Vic Juris along with touring the USA, Europe and Africa. Prené is an endorser of Hohner harmonicas.

Yvonnick’s recordings and performances have earned him critical acclaim, both nationally and internationally. He has been featured in Jazz Hot, Jazz Magazine, Downbeat, Jazz Times, FIP, France Musique, Jazzwise, WBGO  among other media.

Yvonnick is the founder of the New York Harmonica School, My Harmonica Studio,  author of multiple books, a Hohner Artist and Bandleader.