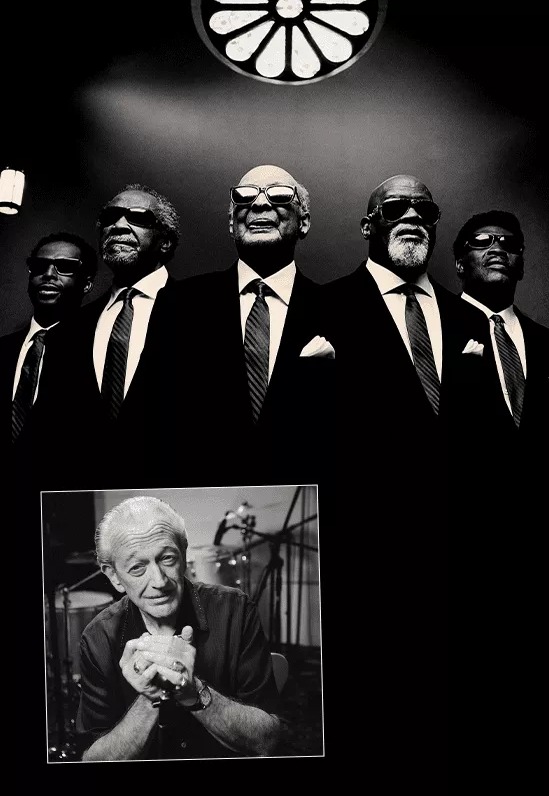 Blind Boys of Alabama have the rare distinction of being recognized around the world as both living legends and modern-day innovators. They are not just gospel singers borrowing from old traditions; the group helped to define those traditions in 20th century and almost single-handedly created a new gospel sound for the 21st. Since the original members first sang together as kids at the Alabama Institute for the Negro Blind in the late 1930s, the band has persevered through seven decades to become one of the most recognized and decorated roots music groups in the world.

Charlie Musselwhite, more than any other harmonica player of his generation, can rightfully lay claim to inheriting the mantle of many of the great harp players that came before him with music as dark as Mississippi mud and as uplifting as the blue skies of California. In an era when the term legendary gets applied to auto-tuned pop stars, this singular blues harp player, singer, songwriter and guitarist has earned and deserves to be honored as a true master of American classic vernacular music.

Join us in the lobby beginning at 7pm for a complimentary wine tasting of Vionta Albarino and Orube Rioja with Ferrer Miranda Family Wines and art exhibit by a local artist!