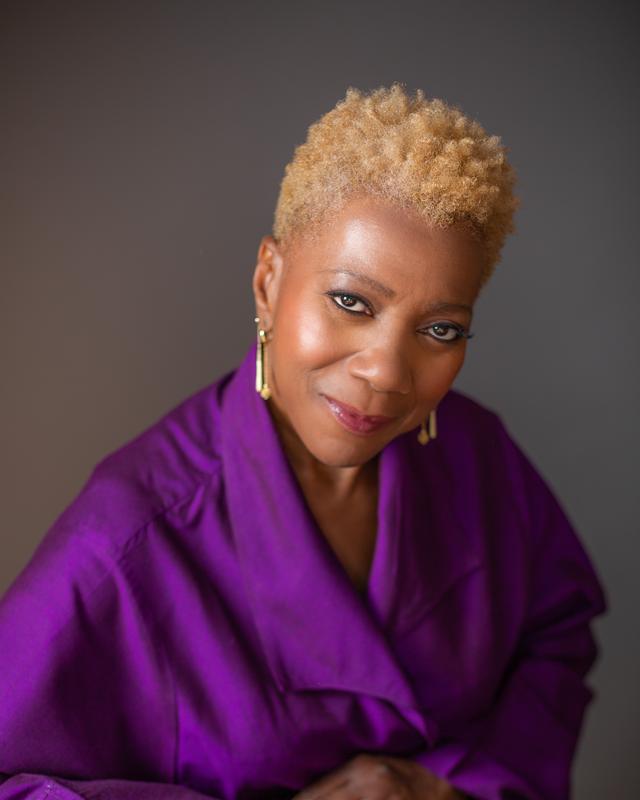 A jazz vocalist, songwriter, arranger, bandleader, actor and painter, she’s spent the past two decades carefully constructing just about every facet of her music. Released last month on her Afrasia label, Lundy’s 15th album, “Modern Ancestors,” is the work of an artist fully in command. Focusing on her original songs, she’s unusually adept at evoking a kaleidoscopic array of emotions and situations.

A native of Miami, Florida, Carmen Lundy’s path to being one of today’s most talented and respected jazz singers began at age six, with her first piano lessons. She was deeply inspired by her mother who was then lead singer in the gospel group, The Apostolic Singers. Ms. Lundy attended The University of Miami as an Opera major, but soon discovered that jazz was where her talent really shone. While working steadily in the Miami Jazz scene, she graduated with a degree in Studio Music and Jazz, one of the first singers to do so. Lundy then moved to New York City in 1978, and in 1991 relocated to the Los Angeles area and continued her storied career, impressing the notoriously critical jazz cognoscenti and audiences alike.

Currently on the Afrasia Productions label, Carmen is a 2021 Grammy® Nominated artist for her 15th album Modern Ancestors, for Best Jazz Vocal Album.  Her previous release, 2017’s Code Noir, debuted at #6 on the Billboard Jazz Chart to both critical and popular acclaim. Carmen’s full discography consists of “Good Morning Kiss”, “Moment To Moment”, “Night And Day, “Old Devil Moon”, “Self Portrait”, “Something To Believe In”, “This Is Carmen Lundy”, “Jazz and The New Songbook – Live at The Madrid”, “Come Home”, “Solamente”, “Changes”, “Soul To Soul” and “Code Noir”.  All have topped the Best Albums and Top Ten Albums lists on Billboard, JazzWeek, Downbeat, and JazzTimes.