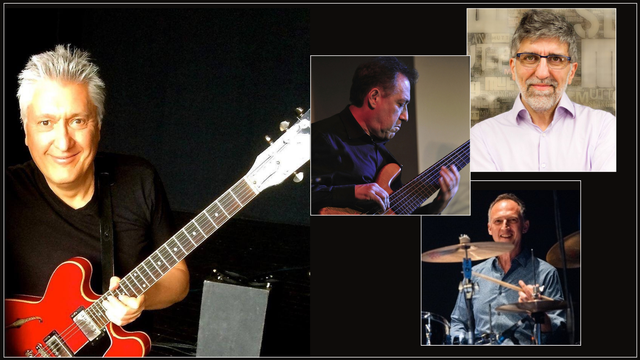 GRAMMY WINNER, EMMY Winner and EMMY Nominated Film Composer and guitarist Claudio Ragazzi has been writing award winning music for film and television, scoring dozens of projects and performing with some of today’s most respected musicians at renowned concert halls in the world.

Claudio has scored dozens of award winning Feature Documentaries as well as TV productions for the Discovery Channel, Animal Planet, National Geographic, Telemundo, Univision and PBS, including American Experience, NOVA, Sesame Street, Arthur, and Postcards from Buster. Claudio’s live performances include those at Carnegie Hall, The Hollywood Bowl, The Blue Note Jazz Club (NY and Tokyo), The Lincoln Center and in theatres around the world. He has performed with some of today’s most influential and respected musicians, including Gary Burton, Yo-Yo Ma, Regina Carter, Randy Brecker, Danilo Perez, saxophone legends Joe Lovano, Branford Marsalis, Kenny Garrett and Paquito D’Rivera to name a few.

A native of Argentina, Claudio grew up in Buenos Aires, where he started playing music at a very early age performing with some of Argentina’s most influential musicians. He currently scores films, performs and teaches Film Composition at prestigious Berklee College of Music.