“An expressive instrumentalist, Cherry has a hip, melodic approach that is a refreshing contrast to guitarists who frequently resort to playing ‘finger music’, the execution of rapid streams of notes that serve no musical purpose other than to fill space” 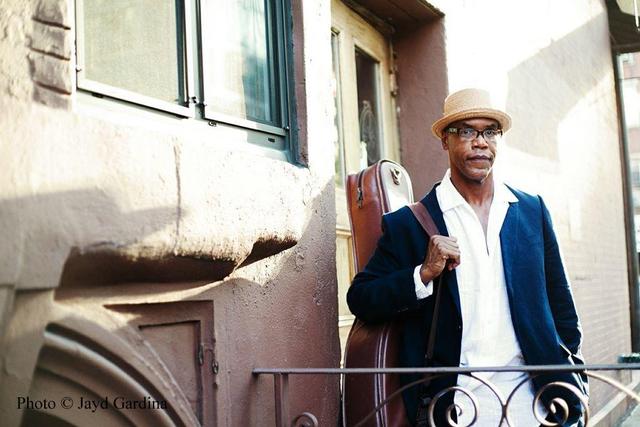 In 1995, Cherry released his second project as a solo artist, entitled A Second Look (Groovin’ High Records). During that same period Ed worked with Hammond organist John Patton recording three critically acclaimed cds with Patton’s quartet-‘Blue Planet Man’,’Minor Swing’ and ‘This ones for Jah'(DIW). From 1997 to 1998, Cherry worked in Roy Hargrove’s “Crisol” Latin jazz band, which performed in Havana, Cuba. During this same period, he also worked w/baritone saxophonist, Hamiett Bluiett, recording Bluiett’s cd ‘With Eyes Wide Open’ on Justin-Time records.In 2001, Cherry toured Europe for the first time with his own group. He also released his  cd, ‘The Spirit Speaks’ on the Canadian Justin Time Records label, inspired by the great jazz organist Jimmy Smith with whom he had also recently worked.Ed was asked to perform at the ‘Vodaphone Madarao Jazz festival’in 2002 in Madarao Japan with his quartet featuring trumpeter Jon Faddis.

Currently Ed has a brand new second recording released on Posi-Tone Records. (‘It’s All Good’ his first release in 2012 for Posi-Tone stayed in the JazzWeek charts for 3 months) his second recording for the label is titled “Soul Tree” (February 19, 2016) featuring Kyle Koehler on Hammond B3 organ and drummer Anwar Marshall.