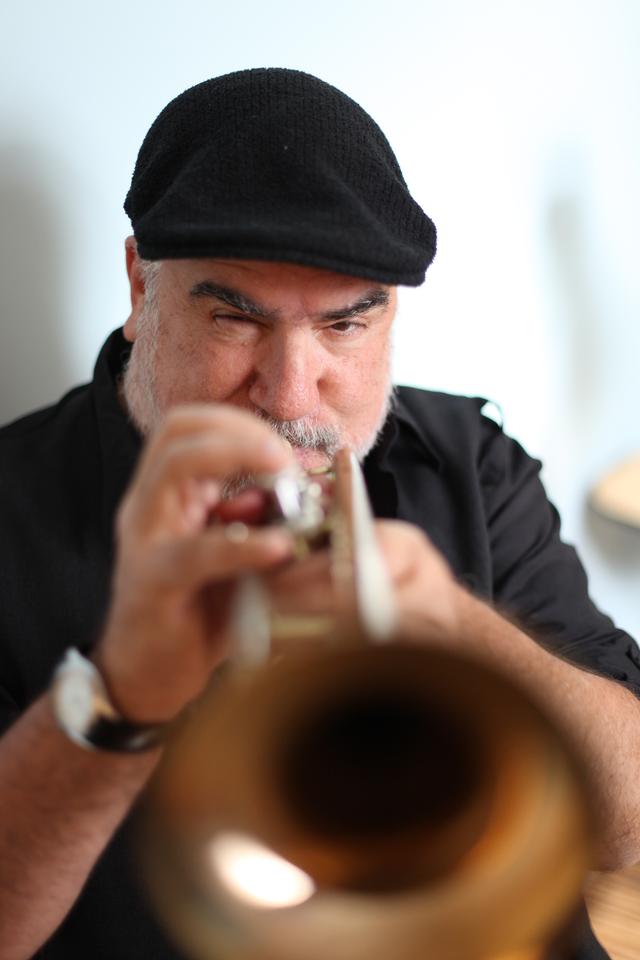 His crisp, clean trumpet sound and decidedly melodic approach combined to offer an entirely delightful musical expression that could well serve as a beacon for contemporary jazz. – Los Angeles Times

Jazz trumpeter and composer Randy Brecker has helped shape the sound of jazz, R&B and rock for more than four decades. His trumpet and flugelhorn performances have graced hundreds of albums by a wide range of artists from James Taylor, Bruce Springsteen and Parliament/Funkadelic to Frank Sinatra, Steely Dan, Jaco Pastorius and Frank Zappa.

Born in 1945 in Philadelphia to a musical family, Randy’s musical talent was nurtured from an early age. He attended Indiana University from 1963-66 studying with Bill Adam, David Baker and Jerry Coker and later moved to New York where he landed gigs with such prominent bands as Clark Terry’s Big Bad Band, the Duke Pearson Big Band and the Thad Jones Mel Lewis Jazz Orchestra.

In 1967, Randy ventured into jazz-rock with the band Blood, Sweat and Tears, but left to join the Horace Silver Quintet. He recorded his first solo album, ‘Score’, in 1968, featuring a young, then unknown 19 year-old tenor saxophonist named Michael Brecker.

In the early 1970s, Randy performed live with many prominent artists including Larry Coryell’s Eleventh House, Stevie Wonder and Billy Cobham. He also recorded several classic albums with his brother under the leadership of the great pianist/composer Hal Galper.

By 1975, Randy and Michael were ready to front their own group, the Brecker Brothers Band. A band of immeasurable impact and influence, they released six albums on Arista and garnered seven Grammy nominations between 1975 and 1981. Their eponymous first record, which Randy wrote, arranged and produced, featured his now classic composition “Some Skunk Funk.”

In 1992, exactly ten years after they parted ways to pursue solo careers, Randy and Michael reunited for a world tour and the triple-Grammy nominated GRP recording, ‘The Return of the Brecker Brothers’. The follow-up, 1994’s ‘Out of the Loop,’ was a double- Grammy winner.

In 1997, ‘Into the Sun’ (Concord), a recording featuring Randy’s impressions of Brazil, garnered Randy his first Grammy as a solo artist.

In 2001, Randy released ‘Hangin’ in the City’ (ESC), a solo project which introduced his alter-ego Randroid, a skirt chasing, cab driving ne’er do well, with lyrics and vocals by Randroid himself. This CD was especially well received in Europe, where Randy toured extensively with his own line-up.