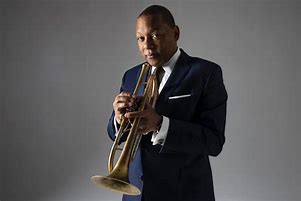 Wynton Marsalis is widely regarded as one of the most distinguished and accomplished trumpeters to have ever played the instrument. Amongst his countless accolades, he is a 9-time GRAMMY Award Winner (with an additional 32 nominations), a Pulitzer Prize winner, the National Medal for the Arts recipient, the recipient of the George Foster Peabody Award, and the Artistic Director of Jazz at Lincoln Center. He is, without a doubt, an American icon. It is with great joy that The Ridgefield Playhouse welcomes Mr. Marsalis for his debut on our stage, for a rare, small ensemble performance, which is sure to wow even the most discerning of jazz aficionados.

Join us in the lobby before the show for a complimentary wine tasting and art exhibit by Chris Osborne featuring paintings inspired by cultural icons from the music, film and automotive worlds.