Known by The New York Times as the “singer with a feline touch and impeccable intonation,” Karrin Allyson is a four time Grammy nominated singer-pianist and our choice to headline the 2015 New Haven Jazz Festival’s “Celebration of Women In Jazz.”

Allyson sings in three different languages. The songs she performs are drawn from a variety of genres, including bossa nova, blues, bebop, samba, jazz standards, and other jazz modalities, and also ballads, pop standards, the Great American Songbook, soft rock, and folk rock. She has also recorded vocal performances of several instrumental jazz compositions, using both scat and vocalese techniques.

Karrin will be appearing at the 2015 New Haven Jazz Festival on the New Haven Green on Saturday, August 22 at 8:00 p.m.

“Allyson knows what jazz singing is all about …. sometimes tender, sometimes tough, (she) always strikes the right chord.” — Associated Press 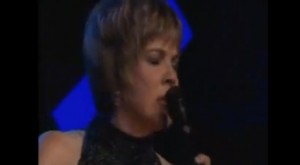