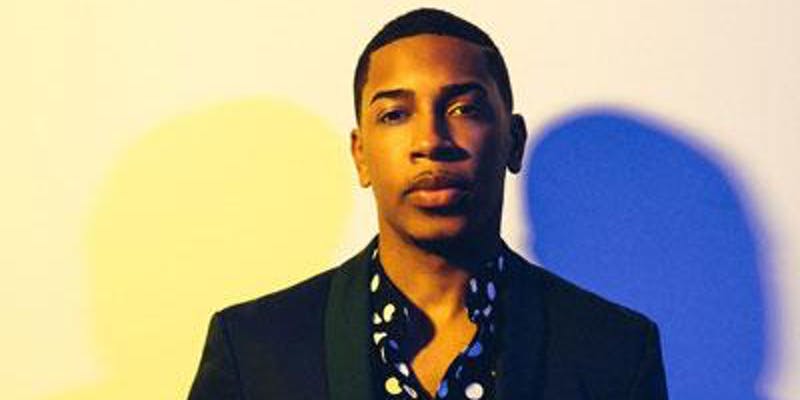 Not yet 30, Christian Sands is currently one of the most in-demand pianists working in jazz. In the last few years he has toured around the world as a bandleader and recently appeared as a sideman on records by Christian McBride and Gregory Porter. After the one-two punch of Reach and Reach Further – EP, Sands’ dynamic 2017 Mack Avenue debut and his live/unreleased studio tracks EP follow-up released earlier this year, Facing Dragons is Sands’ return to the recording studio with an indestructible band and an unwavering allegiance to the groove.

“I like the freedom of the trio format,” says Sands. “It’s more dramatic to me. It’s a smaller entity but with a big personality. I can fit it into different situations dynamically, compositionally.” Opening track “Rebel Music” features Sands’ wide-ranging scope at its most elegant, nimbly jetting through single unison lines and bright block chords. Here and throughout the record he is joined by bassist Yasushi Nakamura and drummer Jerome Jennings, the band that Sands has been relentlessly touring with. The two sensitive accompanists are locked in sync, joined occasionally by a powerhouse pair of horns, a sinewy guitarist and a fiery pair of percussionists.

Saxophonist Marcus Strickland strikes first on the hard swinging “Fight For Freedom,” unleashing a throaty cry over the churning band. “Marcus Strickland brings a certain fire to the band,” says Sands. “Especially on this track. He’s got a rich and deep tone, so it was perfect for the earthy theme of the song.” Trumpeter Keyon Harrold shares the frontline with Strickland, playing in effortless harmony on the melody before getting a little solo space near the tune’s close.

Harrold takes centerstage later on “Frankenstein,” a churning meditation reminiscent of Herbie Hancock’s seafaring journeys of the 1960s. Sands is spacious in support and patient on his solo, the tune an energetic workout for all involved.

Earlier this year Sands was named creative ambassador to The Erroll Garner Jazz Project, a non-profit organization dedicated to the legacy of the late great pianist Erroll Garner. After inheriting the position from the late Geri Allen – one of Sands’ mentors – he is a natural fit for the role. Sands has that same affable understanding of the audience as he recognizes their innate desire to be entertained as well as enlightened. He tackles the Beatles’ “Yesterday” with a soulful saunter. “Pop music is essential in jazz. It’s new melodies, it’s new stories, or same stories told in different ways. Jazz is about storytelling and pop music has a unique story to tell.”

Sands has yet to bring his band to Venezuela but when he gets there, he’ll be more than ready for the infectious polyrhythms found on the shores of Choroni Beach. On “Sangueo Soul,” Sands bounces above the churning South American rhythms, with Caio Afune doubling the piano lines on guitar. It alternates between the two sounds, blending them at will, a sprightly dash of octaves on the piano cross paths with intergalactic vibrations. The tune is impossible to resist as a battery of rhythm pushes Sands’ piano into a righteous jaunt; clear the dancefloor. Percussionist Cristian Rivera appeared on Sands’ Mack Avenue Records debut, and the two formed a tight bond over a decade ago in Bobby Sanabria’s Afro Cuban Big Band. Percussionist Roberto Quintero, a native Venezuelan, brings the fire and authenticity to the party.

“Samba da Vela” appears later, continuing the South American travelogue with a trip to Brazil. Guitarist Caio Afune first played with Sands’ brother Ryan, a drummer who studied at the New England Conservatory. Afune has been playing with the pianist for over a year now, finding his voice in the tightknit ensemble. His solo is an energetic but controlled centerpiece of the performance but becomes even more effervescent when he heads to church.

“Church music is key in not just my sound but most jazz musicians I look up to. It’s a culture that most of us have gone through so it’s embedded in what we do,” says Sands. “Jazz can be a religious experience and for me my playing is my gift to God.” Sands began formal lessons at the age of four but picked up his sense of swing and soul at church well before that. “Sunday Mornings” is Sands tribute to the beginning of the week. He employs soulful clusters of chords and a lackadaisical slide off the beat, aided and embedded by an oscillating organ. The transition to a backyard reggae groove is hip, propelled by Afune’s scratchy accents.

The lilting “Her Song” features bassist Nakamura. “Yasushi has a great bass sound, great facility and is always easy to work with, which is why he’s still in so many other bands today besides mine,” says Sands. Regardless of Nakamura’s schedule, he is fully committed to Sands’ vision of a rhythm section, a noble accent to the sound, unobtrusive but always present. Jennings is equally sensitive. “What I love about Romey” says Sands, “is the soulful intellect he brings to the instrument. There are layers to what he does and that comes from study and practice and also just being him – a true soul brother.”

The album closes with “Rhodes To Meditation” featuring an electrified Sands drifting into the ether. “The Fender Rhodes adds a different tone to my imagination. It makes me hear and play different.” Sands evokes a spectral world without borders, drifting off like a satellite towards the next adventure. “Like all of my albums, I want people to feel connected through a story that I’m telling. On this record, I want to remind people to always push forward and move in positivity.”