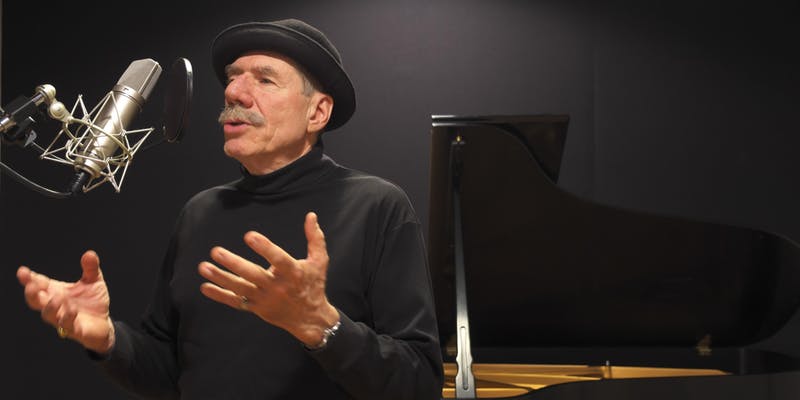 The criteria for defining jazz singing will probably be argued for the rest of time. No matter which side of the argument one may be on, there can be no doubt that Giacomo Gates is an authentic jazz singer. Gates is one of the best old-school male jazz singers working today. One who’s as influenced by instrumentalists as he is other vocalists, and brings the bebop, scat and vocalese with adventure, innovation, and miles of finesse.

“Mr. Gates is a solid example of a performer who is doing something that no one else does. He evokes and age (that I would hope is not so terribly bygone) when musicians were entertainers and entertainers were musicians, and a sense of humor was as important as a sense of rhythm.” – Will Friedwald

Known for his interaction with live audiences, through witty patter and informative introductions, every performance becomes a lesson in jazz history. Giacomo’s sheer joy, exuberance, wit and unlimited creativity make him one of Jazz’s most compelling artists. He has performed in major US clubs, festivals, and at countless universities and Jazz societies, along with performing and teaching in Canada, Europe, Russia and Australia.

Giacomo’s enormous appeal and popularity are obvious from the many repeat engagements at these venues. Gates has eight heavily acclaimed CD’s, all charting in the Top 20 with two #1 recordings, for six and twelve weeks. He has been a featured guest on several other recordings, including rewriting the narration on a big band Jazz version of Peter & The Wolf.