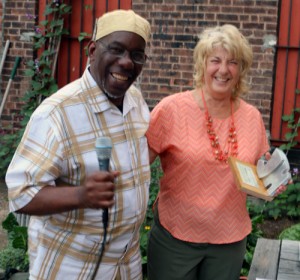 The 2015 Festival will be held on Saturday, August 22nd on the New Haven Green in downtown New Haven.  This event is FREE and open to the public.  This festival is dedicated to the memory Martha Meng, our friend, colleague and avid jazz supporter.

This festival is FREE and open to the public.  Food plus arts & crafts vendors will be on hand.